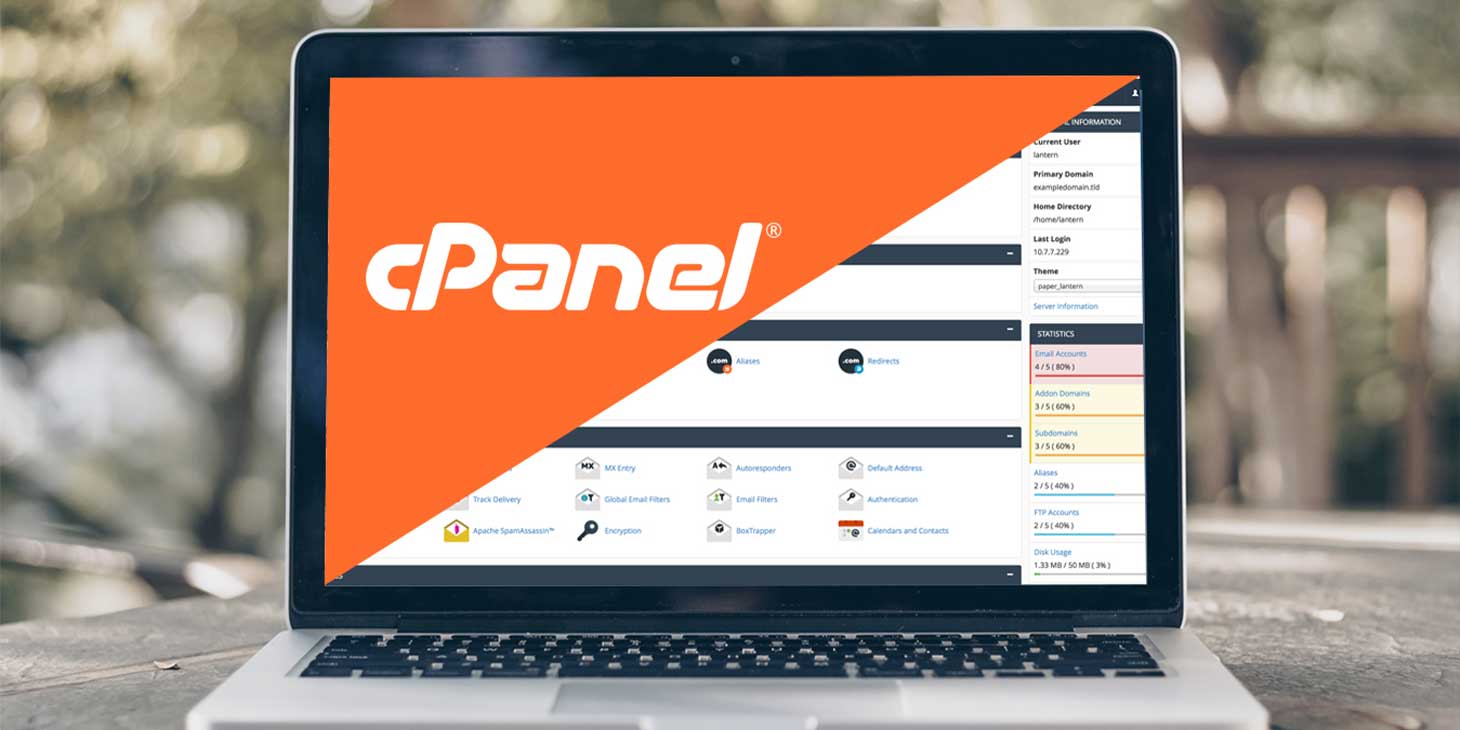 cPanel and WHM provide several options for managing files on your account, including a file manager, FTP, SFTP, and a web disk. Web disk also enables you to utilize an encrypted connection, making it more secure than traditional techniques like FTP. cPanel users can use appropriate applications on PCs and mobile devices to manage and modify files kept on their server with Web Disks. While Web Disks, on the other hand, is cPanel's application of the WebDAV standard. In this guide, we break down the configuration process of Web Disk. But before we get there, let`s first look at Web Disk and WebDAV.

Web Distributed Authoring & Versioning (WebDAV) is an HTTP protocol extension that enables distant Web content authoring by clients (browsers or other software fetching the information, not individuals). The protocol lays a foundation for users to utilize a supported program to create, modify, and move files on a server. In other words, files can be accessed through a specialized user blog or with the system's built-in capabilities. WebDAV is natively supported by macOS, Microsoft, and Home's Windows operating systems, and there are several WebDAV-compatible apps for AndroidTM and iOS. WebDAV's most essential feature is that it allows you to keep track of author and modification date properties, as well as manage namespaces, collections, and overwrite protection.

WebDAV shares many of the same features as other network disks, and remote file management protocols like SMB and FTP. Web Disk, on the other hand, is based on an extension to the web's original HTTP and HTTPS protocols, unlike the other technologies. The abbreviation of WebDAV appears to have originated in the early days of the internet. WebDAV was created to satisfy the second component of the vision, which was that web pages should be both readable and written. While WebDAV can be compared to SNV or GIT, it's crucial to remember that WebDAV's versioning features aren't as sophisticated as Git's. Instead, look at cPanel's Git integration if you're seeking a current code version control solution. Other protocols, such as CalDAV and CardDAV, are built on top of the WebDAV protocol. CalDAV provides the required address for users to exchange calendar information, and program data on a distant server, whereas CardDAV provides the required addresses for users to exchange contact information on a distant server.

The WebDAV protocol is implemented by Web Disk in cPanel and WHM. cPanel may automatically create a Web Disk stability for individuals to manage files in their home directory from anywhere. People can create extra corporate accounts to exchange folders within their home directory, using various tools to configure Net Disk accounts.

FTP, SFTP, SMB, WebDAV, Which One Is Better?

Although WebDAV is like other distant file management protocols when it comes to functionality, it has advantages that make it more suited to a specific set of scenarios.

SMB - SMB is a "true" file-sharing application. It enables low-level file encryption and sharing control, and Windows' network redirector ensures that applications can interact directly with the file. However, the drawbacks of this integration make it an unsuitable candidate for WAN file sharing. To start with, it uses a "virtual network" approach, which makes it difficult to limit its TCP/IP functionality: you may either get all of SMB, CIF, and NetBIOS, or you don't. It's also not friendly to firewalls. It's also restricted to the Windows operating system. That is if you want features like object-level security and central security management (although Samba v3 on Linux needs to change this once it is released). Another issue is that it sends out a lot of small messages, making it extremely sensitive to network slowness.

FTP - FTP is an ancient dog fixed with a few new fleas like SSL and other features. (There are three alternatives to perform secure FTP, none of which are widely accepted save perhaps the most obnoxious of all of them, FTP over SSH). Its key advantage is that, because it is so old and widespread, FTP servers and clients are available for practically all platforms, and somehow, they need to find a way to communicate with each other without difficulty. Security, on the other hand, is generally weak, even if you avoid sending the password in plaintext. However, one of the great attributes of FTP is that it can transport large documents very quickly (albeit it is inefficient with little ones).

WebDAV - WebDAV is a peculiar beast in that it seeks to bring online file sharing simplicity, security, and versioning. It employs HTTPS as a transport technology, which means that each message has a lot of complexity. Furthermore, many HTTP packages aren't designed for this application, and when dealing with huge messages, they waste a lot of memory, making it extremely slower and memory intensive. In terms of security, it's somewhat fine so far you utilize SSL and have a decent PKI handy (relying on a third-party certificate isn't the best move to make). It does not, support file encryption except in the scope of content revision control, therefore it, like FTP, cannot be directly incorporated into the OS, forcing you to deal with local replicas of the file.

SFTP - SFTP stands for “Secure File Transfer Protocol”. Although this is far safer than the earlier FTP, it is not appropriate for collaborative processes. FTP over SSH is a viable option. This is more reliable and highly functional than FTP, therefore if your server is in support of it, you should use it.

Client Configuration Guidelines for the local WebDAV integration accessible in macOS, Linux, Windows, and BSD OS', as well as mobiles such as Android and iOS, are also included in cPanel.

Step 1: Let's log into cPanel now, and you are in your cPanel dashboard.

Step 2: Go down and select "web disk" from the drop-down menu at the top of the web disk interface.

Step 3: The main web disk account is visible. The username and password for this account are the same as for your cPanel account. You certainly would not want to disclose that to every individual or organization member who utilizes this domain. As a result, you need to create for them a separate web disk account. 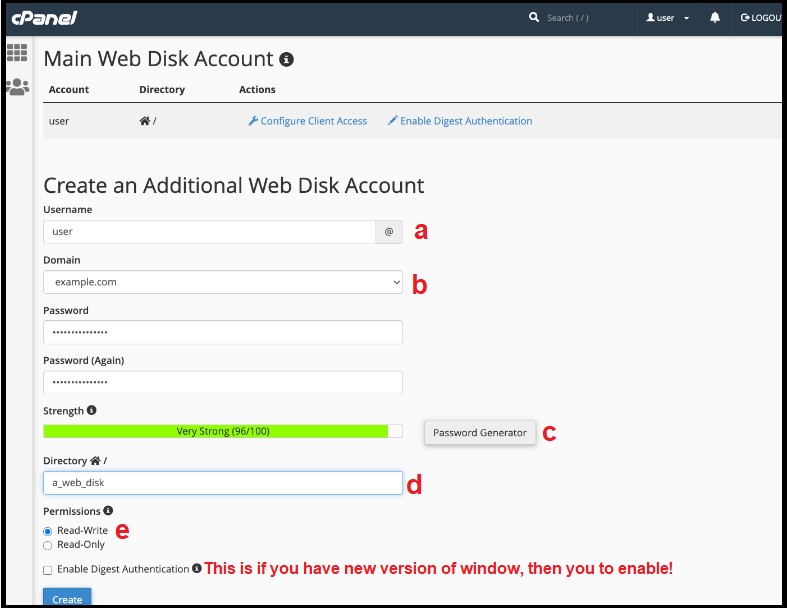 Step 3:
(a) – Enter the Web Disk`s account username
(b) – Enter a domain from your cPanel
(c) - You can click on the “Password Generator” to use the generated password or enter your password.
(d) – The system will generate a directory for you, enter it so your Web Disk account can use it.

• (It's not a good idea to put the directory of your new users in your public HTML folder because that exposes the contents of that directory).
• You may also select whether they have access to your full home folder by trying to type inside the directory area.
(e) – Choose whether you want the web disk account`s directory to have read/write, or read-only permissions.

When you are done with the above steps, hit “CREATE” below. When you hit the button, this gets cPanel to launch the Web Disk. This then gives you the possibility of accessing data following the illustration in the next section.

How to Use Your Devices to Access WebDAV Web Disks?

There are various methods to access Web Disks, and they vary based on the operating system on your device and your favorite WebDAV client application, however, most people supply information for almost all platforms and custom creation scripts for desktop computers.

Step 1: If you wish to use Microsoft Windows to access storage, the first thing you must do is to click “Enable Digest Authentication” as shown below.

Step 2: But in the case where you are trying to rather connect a client to the primary credit account of your Web Disk, then you must click on “Change Client Access” as shown below.

cPanel automatically detects your computer system and gives a direct link with configuration instructions on a web page. If the identification fails to work, select your platform from the interfaces shown on the screen to proceed with your configuration. 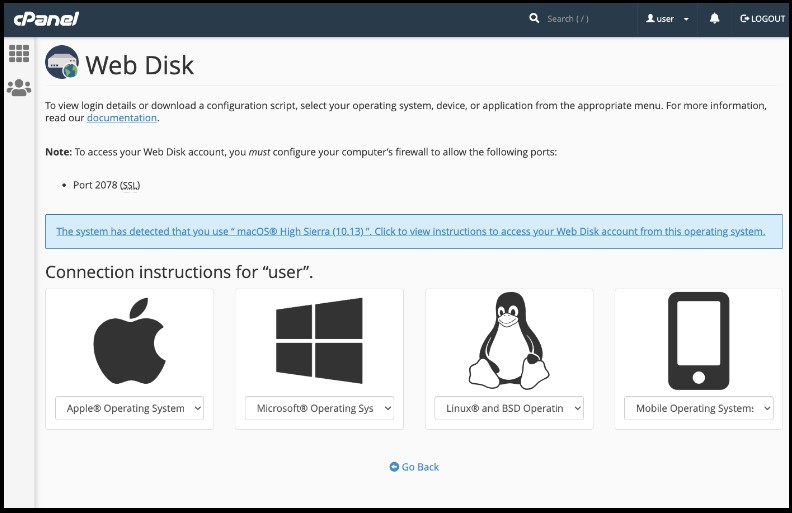 Many professionals offer a bespoke script for Web Storage configuration for Finder on macOS, Windows Manager, as well as Linux submit managers. Download the script onto your desktop and double-click it to run it (you may need to change the permissions of the script, so it becomes executable).

The script quickly configures the file browser of your system, allowing you to see and modify the files as if they were locally stored. You'll need to install a third-party app that can support WebDAV on mobile operating systems like iOS and Android. For these devices, there is unlimited configuration information. WebDAV Web Disks are only one of the many ways that cPanel & WHM enable web providers to provide a functionality web hosting service experience.